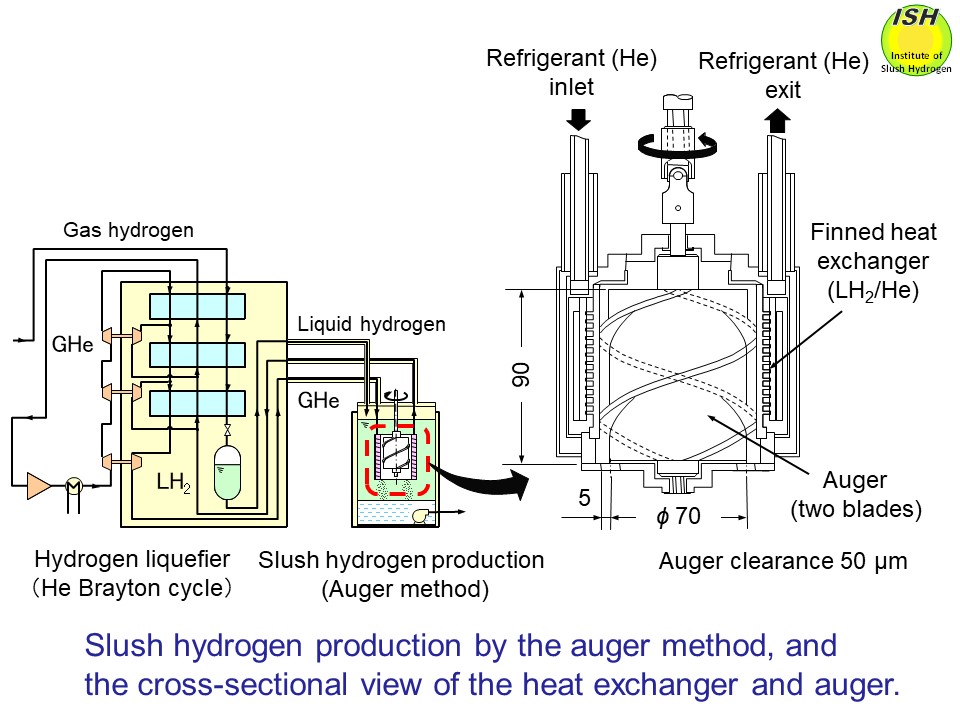 The major production methods of slush hydrogen are the spray, freeze-thaw, and auger methods [4, 10, 11]. 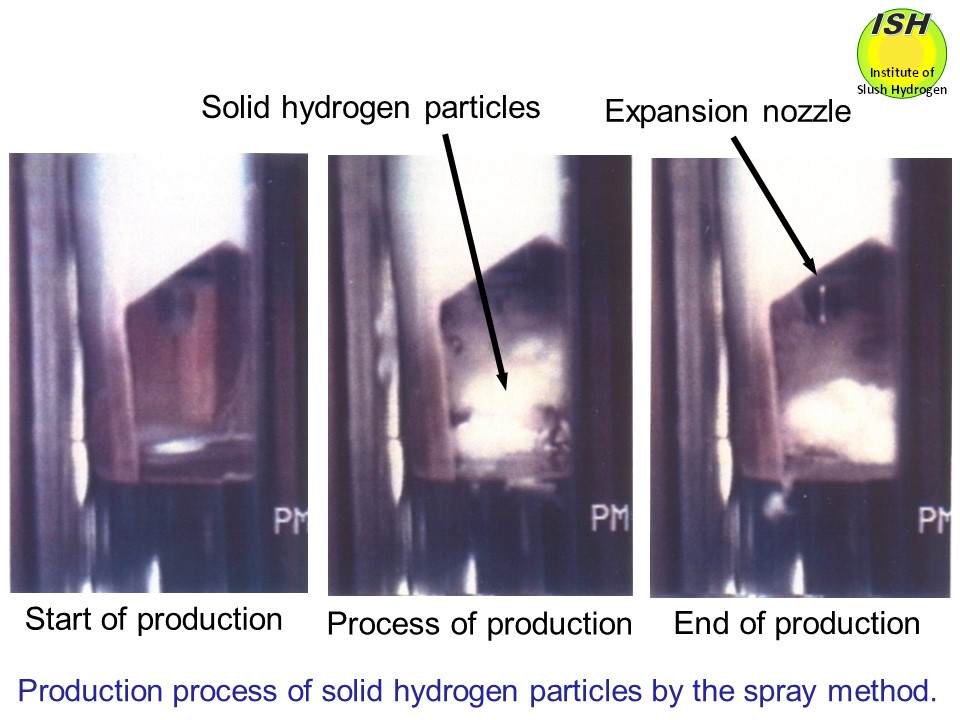 The spray method and the ejector method below are of no practical use for the efficient productions of slush hydrogen and slush nitrogen.

A vacuum pump is used for pressure reduction of liquid hydrogen at the normal boiling point pressure. As the liquid boils and vaporizes in accordance with the vapor-liquid equilibrium curve, the latent heat is removed and the temperature of the liquid is reduced. When the liquid reaches the triple point pressure, a frozen layer is formed on the liquid surface. When evacuation is stopped, part of the frozen layer melts and solid hydrogen sinks into the liquid. A stirrer is then used to break up the solid into small particles having a diameter of several mm. Slush hydrogen is produced by performing the freeze-thaw cycle repeatedly.

The slush hydrogen and slush nitrogen used for the experimental work are produced using the freeze-thaw method. For slush nitrogen, particle sizes in our experiments are in the range from 0.5 to 2 mm, with an average size of 1.36 mm as illustrated in the figure below. 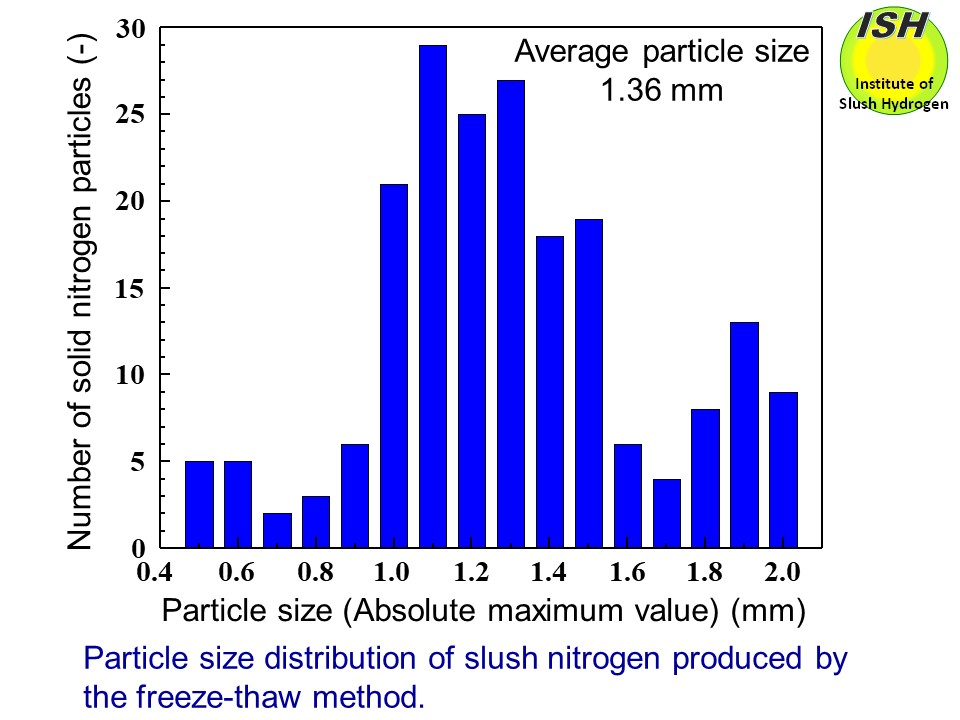 When cryogenic gas helium and liquid hydrogen are continuously supplied, slush hydrogen can also be continuously produced, making this method suitable for large-scale production. By adjusting the gap (clearance) between the auger and heat exchanger surface and/or changing the rotational speed of the auger, the size of solid particles can be controlled.

To achieve practical application of the auger method for high-efficiency mass production, improved performance of the heat exchanger and long-term reliability of the auger mechanism rotating at cryogenic temperatures are required. However, these technological problems can be solved with almost no difficulty considering from the existing technologies. 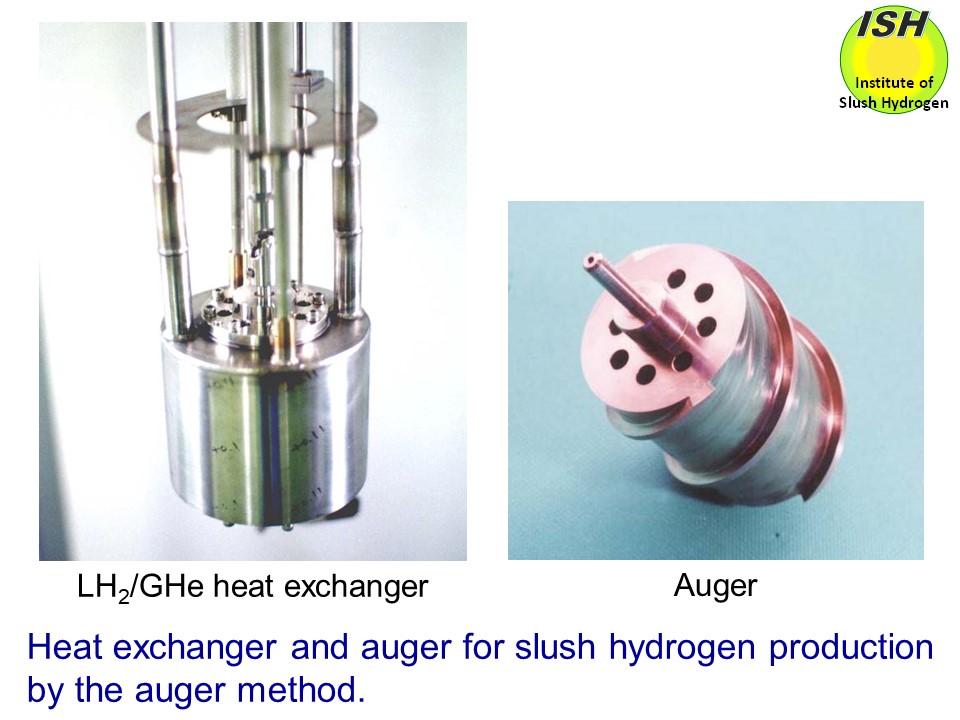 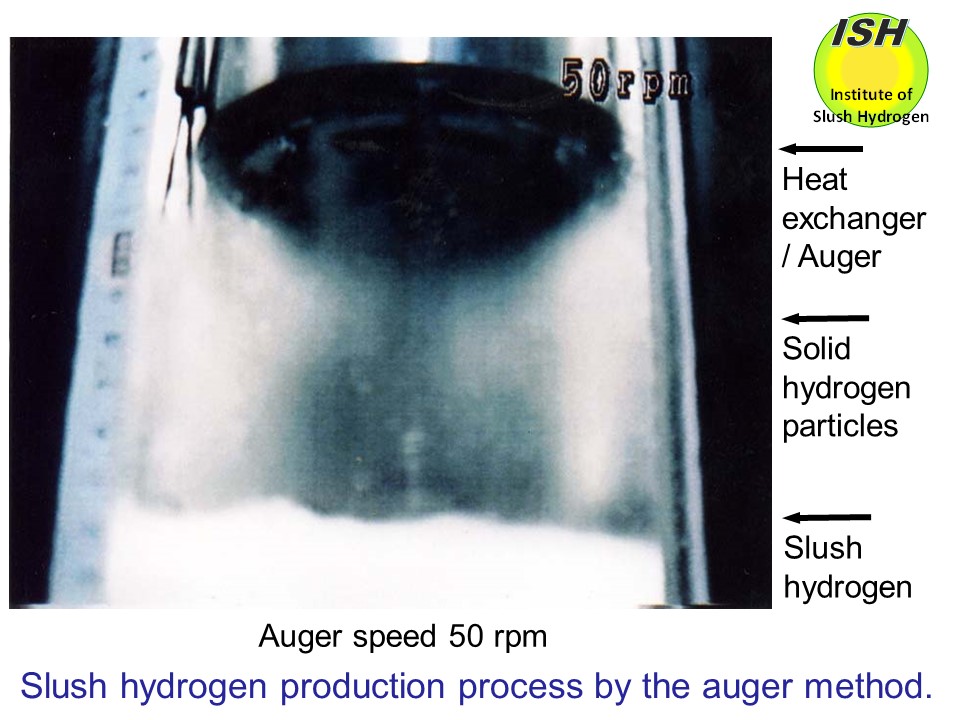 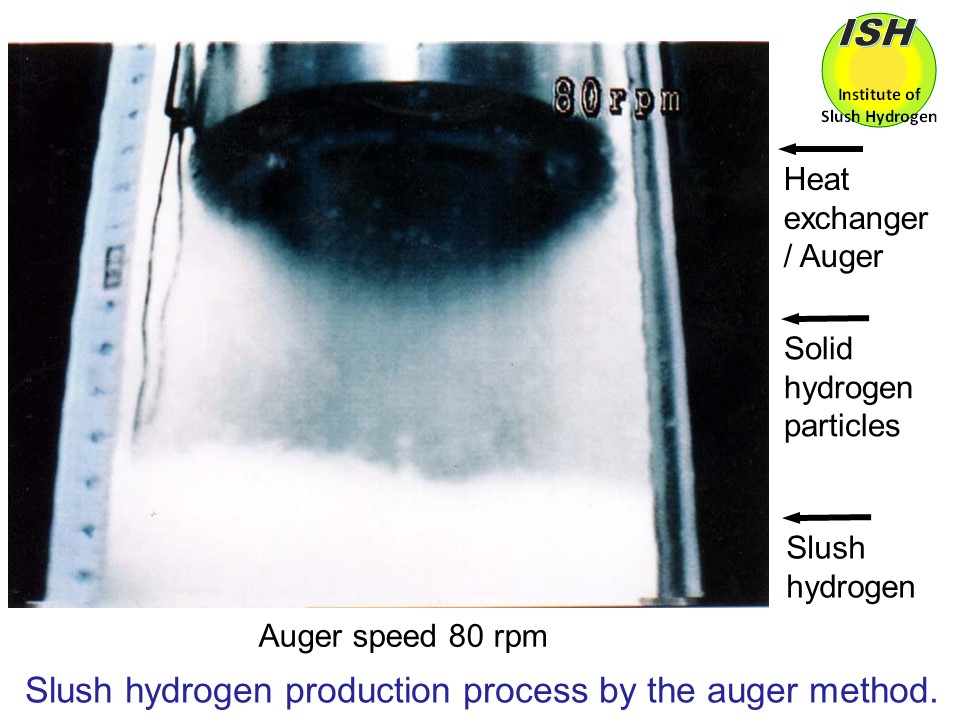 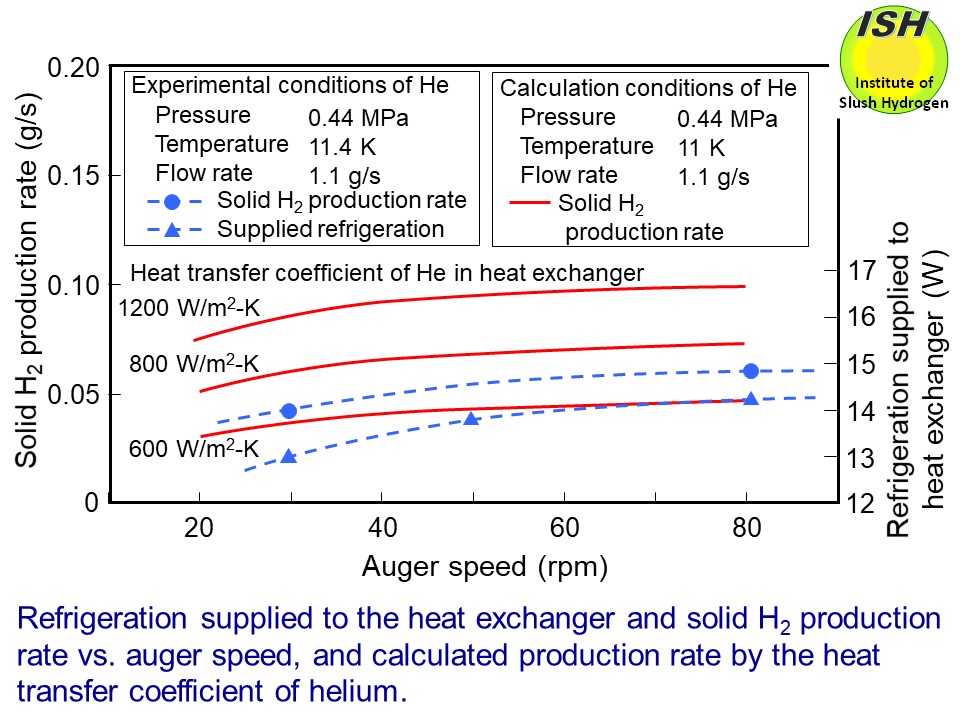