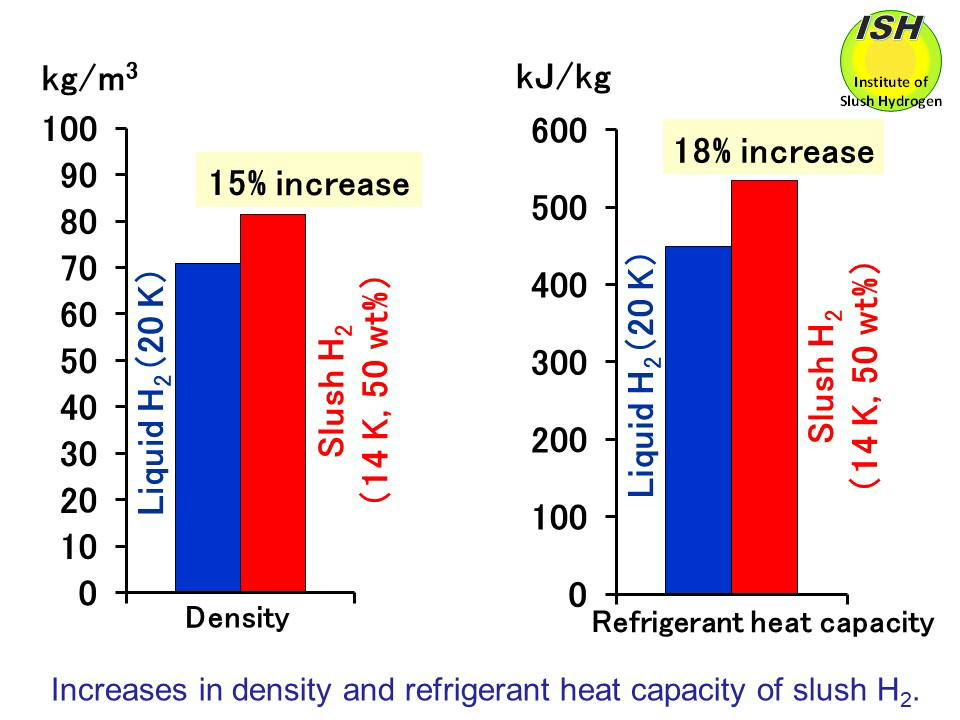 Since liquid hydrogen’s density and latent heat of vaporization are approximately 1/14 and 1/5 of those of water, respectively, fuel storage tank capacities become greater for rockets and fuel cells. Also, due to boil-off resulting from heat inleak during transport and storage, the reduction in transport and storage efficiency is a practical problem. For example, the densification of liquid hydrogen could make it possible to reduce the structural weight of rocket propellant tanks, thus allowing for an increase in payload (satellite) weight.
Slush hydrogen is a cryogenic solid-liquid two-phase fluid, wherein solid hydrogen particles (particle size of about 1 mm) are contained in liquid hydrogen, featuring greater density, and refrigerant heat capacity than liquid hydrogen.

Compared to normal boiling liquid hydrogen (temperature of 20 K), slush hydrogen with a mass solid fraction of 50 wt.% (temperature of 14 K) features a 15% greater density, and an 18% increase in refrigerant heat capacity (enthalpy), as shown in the above figure.

The use of slush hydrogen would thus allow more efficient transport and storage. Also, in the case of heat due to heat inleak or superconducting quench*, the solid fraction would be reduced due to absorption of some of this heat by the heat of fusion associated with the solid, but liquid temperature increase and vapor-liquid two-phase change** would be inhibited.

Another representative slush fluid is slush nitrogen, which is being considered for use as the refrigerant for high-temperature superconducting equipment. In this case, also at a mass solid fraction of 50 wt.% (temperature of 63 K***), density is 16% higher than for normal boiling liquid nitrogen (temperature of 77 K), while the refrigerant heat capacity (enthalpy) increases by 22%.

Slush hydrogen offers superior characteristics as a functional thermal fluid, and various applications are anticipated for hydrogen transportation via pipeline as illustrated in the figure below and storage [4].

* Quench: Transition from a superconducting state to a normal conducting state.
** Vapor-liquid two-phase: When the fluid is flowing in a vapor-liquid two-phase state, larger oscillations of pressure and temperature emerge than for those of flowing in a single-phase state, and would cause the quench. For example, the Ledinegg-type flow instability described in the page of "Two-phase boiling nitrogen flow and heat transfer".
*** The triple point temperature coexisting liquid, solid, and vapor of slush nitrogen is -210℃ or 63 K. The slush nitrogen temperature coexisting liquid and solid are, depending on the pressure, higher than -210℃ or 63 K. 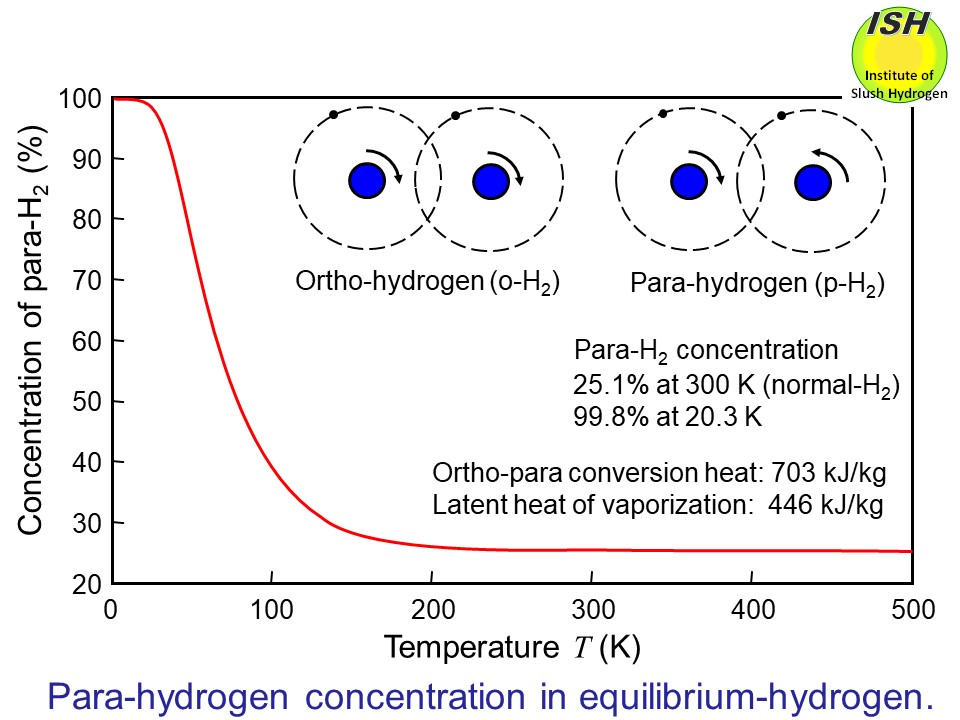 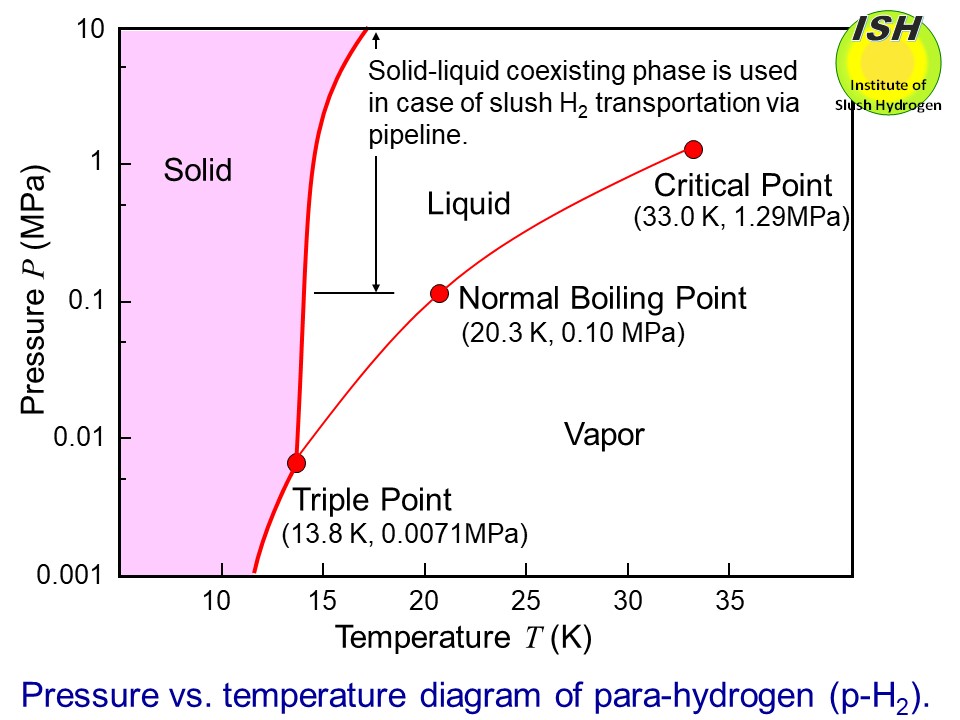